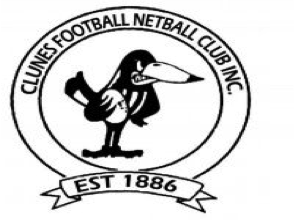 Australian Rules Football has been played in Clunes and District since the gold rush.

The Clunes Football Netball Club has a proud history and has been a centre of community activity for 1000s of Clunes’ residents and their families for generations.

Clunes FNC fields 7 netball teams and 5 football teams competing in the Central Highlands League. Each week during the season over 100 young people and 70 adults take the field and court. With over 300 members we are possibly the largest community groups in the district.

Games are played over 17 rounds between March and August each year, followed by a 4 week finals series.

The Clunes FNC Committee meets on the second Tuesday of the month at 7.30pm in the Clunes Community Centre, Cameron St Clunes.